Jared Evan is an American singer-songwriter, producer, rapper from New York. He's the strong, silent type, with lyrical prowess, a creative mind and vast musical talent. His laid back, gentle nature gives off the impression he’s somewhat of an introvert, though his vibe tells another story of a guy who’s cool without really trying to be. He started out by playing the drums, inspired by Keith Moon. His strong desire to be a professional drummer, evolved into learning several other instruments,  music was a therapeutic outlet for him.

Eventually, Jared began to focus on production and singing. He started to incorporate rap, while introducing melodic undertones over his own production. In 2008 at the age of 18, Jared won the Brooklyn Hip Hop Festival’s Spit 16 competition curated by The Source Magazine.

In 2012, Jared released his debut EP titled The 4th Chapter. Jared helped write and produced a large portion of Hoodie Allen's mixtape, Crew Cuts, before releasing his collaboration album with Statik Selektah entitled Boom Bap & Blues on February 26, 2013. It features artists like Joey Badassand Action Bronson, amongst several others. It was originally released as a free album through Jared's website. Although days later the album debuted at No. 29 on the Top R&B/Soul charts. Within a couple of hours it shot to No. 10. Boom Bap & Blues is said to be some of Jared's best work and has become critically acclaimed. 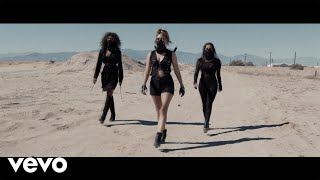 The first official single release of 2019 for Jared Evan drops March 29th on all platforms.
1
2