When Riquel was two years old, her family endured a tragedy that would change their lives forever. Older brother, Ricky Jr., was in a near fatal car accident that left him paralyzed from the waist down. Three short years later, her father (Ricky Dobbins) was killed. This made life extremely difficult for the Valenzuela family. A now single parent, Iris spent most of her time tending to her son --who spent several years in the hospital recovering from the accident. It was at this time, Riquel began to develop her love for music. Even at that very young age she found a way to cope with this tragedy by listening and singing musical ballads, which was a passion also shared by her late father. Riquel, at the young age of five (5), discovered her passion for music and those she graced with her vocal abilities knew she was destined to be a star. As time progressed, Riquel began to participate in multiple talent competitions, placing first in many of them.

It was during her years in middle school and her freshman year in high school where Riquel witnessed many of her peers being bullied and continuously harassed due to their ethnicity, disabilities, personality, etc. This became very personal, particularly when her disabled brother experienced the same treatment. In addition, Riquel heard of how her mother was bullied in school and then became very passionate about her quest to help end this growing epidemic.

Riquel has participated in the following: Fox networks X Factor auditions in North Carolina; Featured on Latin American band Bachata’s album (released summer 2012); Los Ninos De Maria Inc. Pageant and Vocal Competition; and many others. Inspired by Beyoncé and the late Whitney Houston as well as Mary J Blige, Celine Dion and Adele; Riquel has a style that is all her own as she takes the R&B/Pop sound to another level. Her drive to put a stamp on the music industry is evident as she has the ability to command the stage and awe her audience with her distinct sound, vocal range, and captivating performance. Riquel’s musical diversity and style reaches across all demographics. Undoubtedly her phenomenal voice will not only captivate the hearts of many, but will also break many cultural barriers.

Now working in the studio with songwriters and producers, she is currently completing her first EP (shorter than an album; multiple singles) and mix-tape (yet to be titled) which both will consist of Pop/Urban electronic dance records with a mix of edgy R&B and powerful ballads. This will include a surprise for her audience with multiple features from indie to major artists all supporting Riquel V. 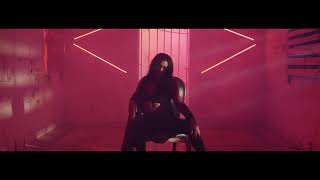 If you haven't already, check out @riquelv 's cover of #Despacito!! Now at over a million views combined!! #ThankYou to all who have...
1
2